Dear member of the human family or any other,

As temperatures are dropping several degrees per minute, it is of the utmost importance we do not abandon our feathered duck friends. It would be wonderful if each of you could let just one (1) duck live in your house. You could clothe them, feed them, watch television with them and I assure you it will be a fascinating and scintillating experience not only for yourself, but for the rescued duck as well. I for one have not yet restarted the heating system since last winter as it costs money and I am, luckily, in the possession of warm clothes and and blankets. What’s more, is the acquisition of a new intern. His name is Jesse. Among his hobbies are drinking beer and playing outside, his favourite food is microwaved spaghetti with a blob of mayonnaise and if he were a fish he would be an eel. Hongaarbor still works for me and he will spend his eternal life in heaven because he’s just a great guy. (I’m actually writing this letter but Maarten agrees, ask him.)

Now you might wonder what I, Maarten, have been doing for the past few months. The answer to that question can be found in this newsletter which means you’ve come to the right place. First off, I made an advertising wall like the ones in supermarkets, before great wonders such as Tinder and Ebay happened. Mine had the specific goal to bring artists together whilst celebrating the twentieth anniversary of Tent Rotterdam. Despite most of the publics drunkenness, we had a really good time. 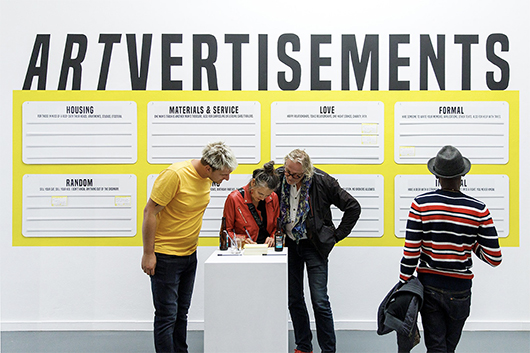 Almost immediately afterwards came Art The Hague, where I participated in cooperation with the Bcademie. Alex Jacobs (founder of the Bcademie) and I used a forklift to repeatedly bring new works to the stage in order to keep a natural flow going. Once sold, the artworks were wrapped with care and put on a completely free pallet. 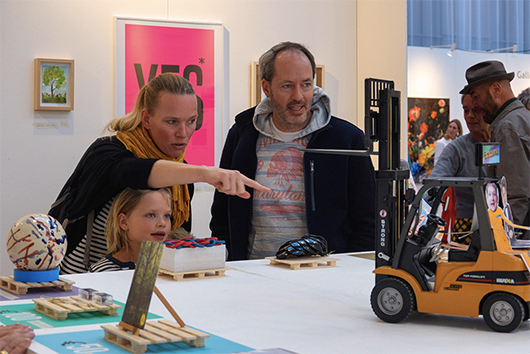 Maarten’s life is like a prayer without end. Things have happened in the past, things will happen in the future: life goes on and finds a way. Whoever feels the need can ransack his house in november, because he’ll be in Carla-Bayle. That sounds like a woman’s name but in reality it just happens to be a very picturesque place in France. Maarten will be part of a group exhibition commemorating Pierre Bayle, a French philosopher who fled to Rotterdam because he was being persecuted in his homeland. Nevertheless did they name Carla-Bayle after him, though the relevance of Carla is a mystery to me. The exhibition opens on november 14th and lasts two days. If you reach the Mediterranean Sea you’ve gone too far. 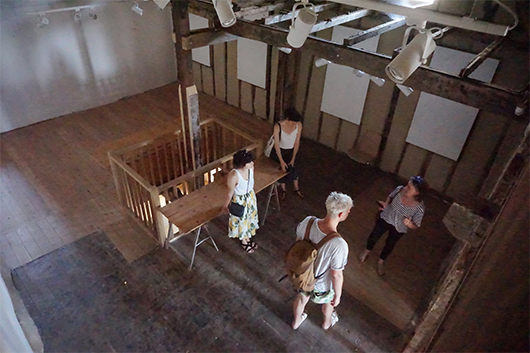 Once back in Rotterdam Maarten will follow in the footsteps of Xzibit for Pimp Mijn Wagon, a project in cooperation with Stedelijk Museum Schiedam and Schiespoor. Children will be given the opportunity to give retired train wagons a makeover. A festive show will be held later on, so be sure to keep up to date. 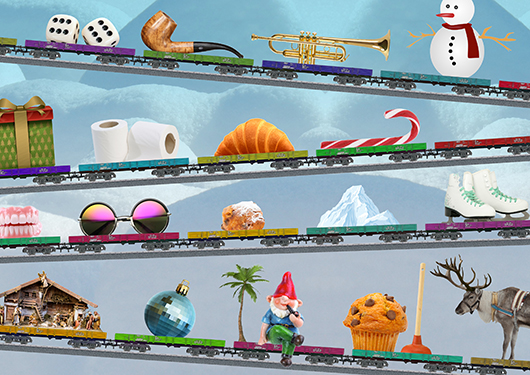 One last thing for now: prints of the motivating (Dutch) texts I placed in the Waal-area are available as editions of ten per text. Get motivated. 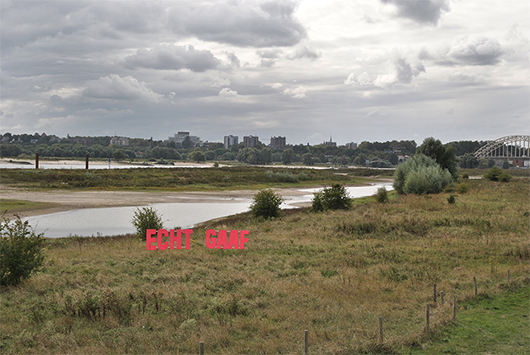