To prepare for civil unrest and This Art Fair you could have taken the wonderful opportunity to participate in This Art Gym during August. Pip Passchier and I helped many to find a balance between body and mind, between boxing gloves and gouache, and between balance beam and paint brush

At This Art Fair, following immediately on This Art Gym, childhood idol Maxim Hartman bought one of my embroideries! 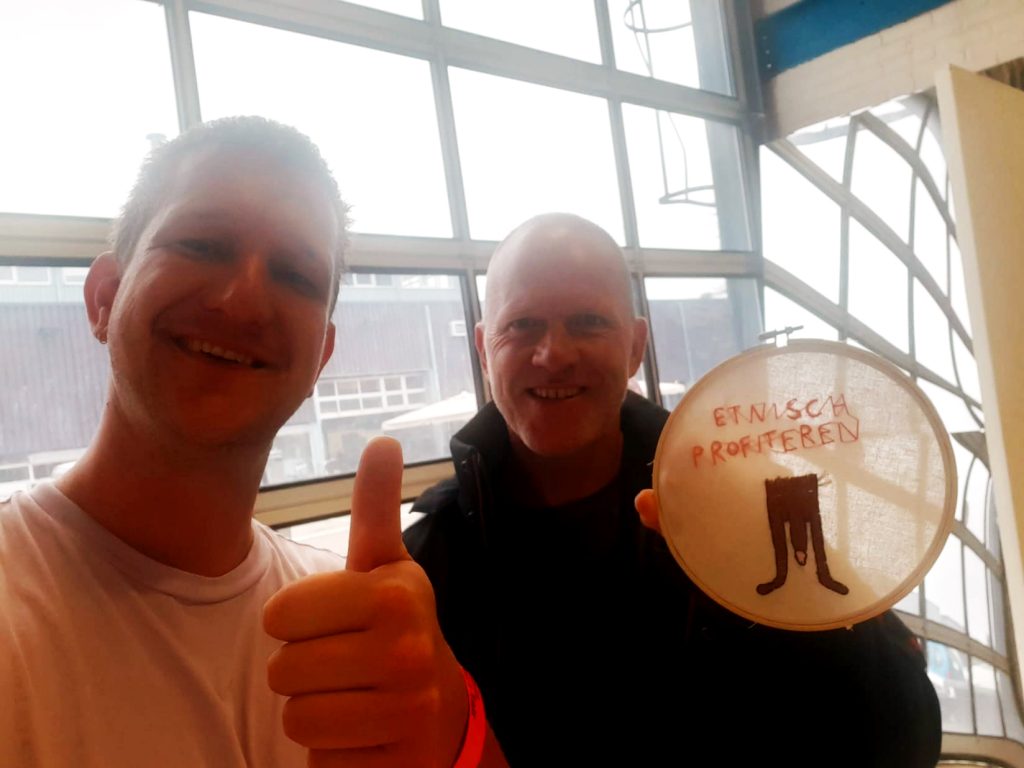 Good news: the Buurtplaatjes have been such a success that the project will be expanded to include all of the districts of Schiedam! Dutch media coverage of the Schiedam-Oost pilot can be found here (de Volkskrant) and here (het Jeugdjournaal). Those of you who live in Schiedam can apply here, and those who live elsewhere should move to Schiedam.

Remaining humble isn’t easy when you have such a successful business that a statue is erected in your honour. The work was commissioned by RORO Buiten, an organization that places public art in Rotterdam. You can admire me until October 2022 on the Bergselaan-Bieslandstraat crossing. 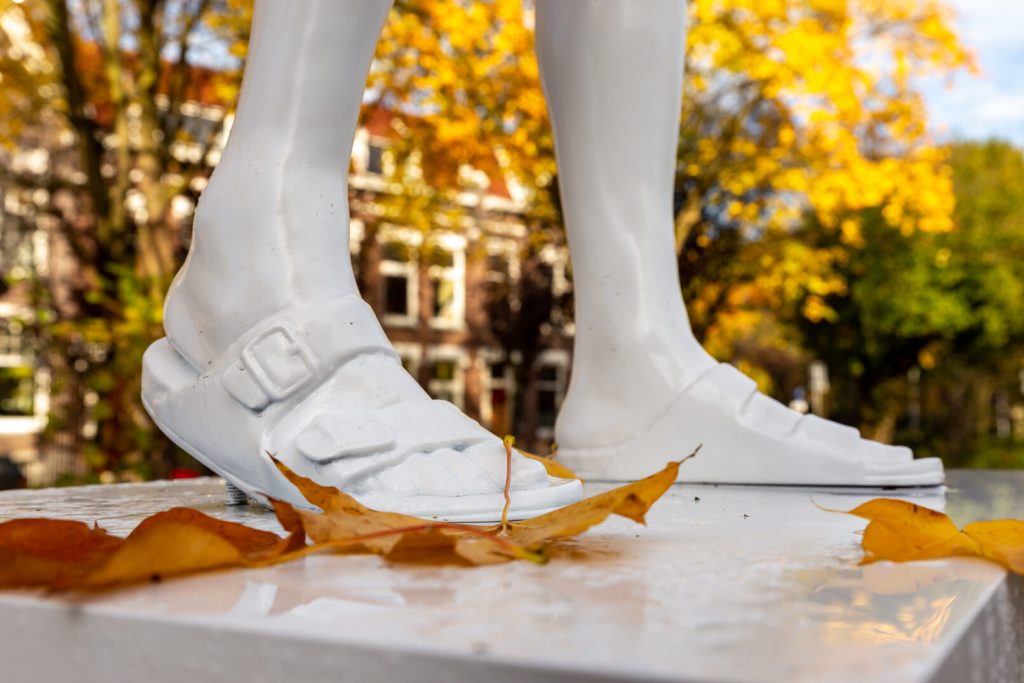 Some five weeks ago, I gave a workshop on creative problem solving for The Meetings Show at ExCel London. The view from the boat was wonderful, because I could almost see the bottom of the sea. 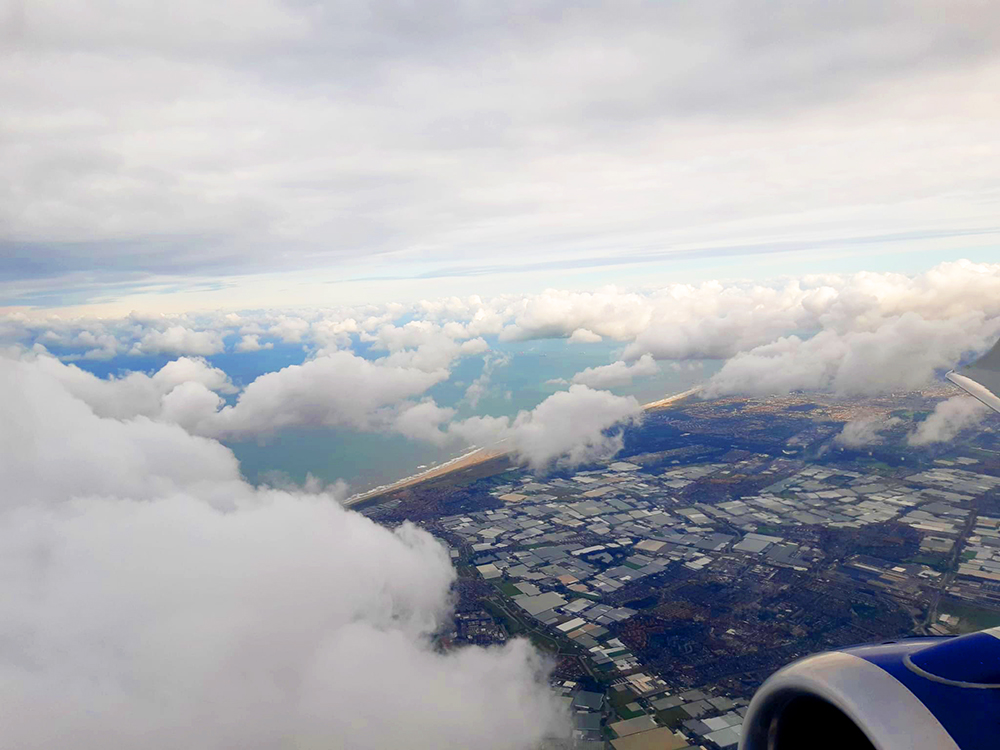 Then I thought: what kinds of things are happening there right now? Are the fish happy? Do they have affordable housing? Are they in love or are they polarized on political issues? Together with Villa Zebra I will be making a Zeebodemjournaal (News from the bottom of the sea). The workshops run until January 1! 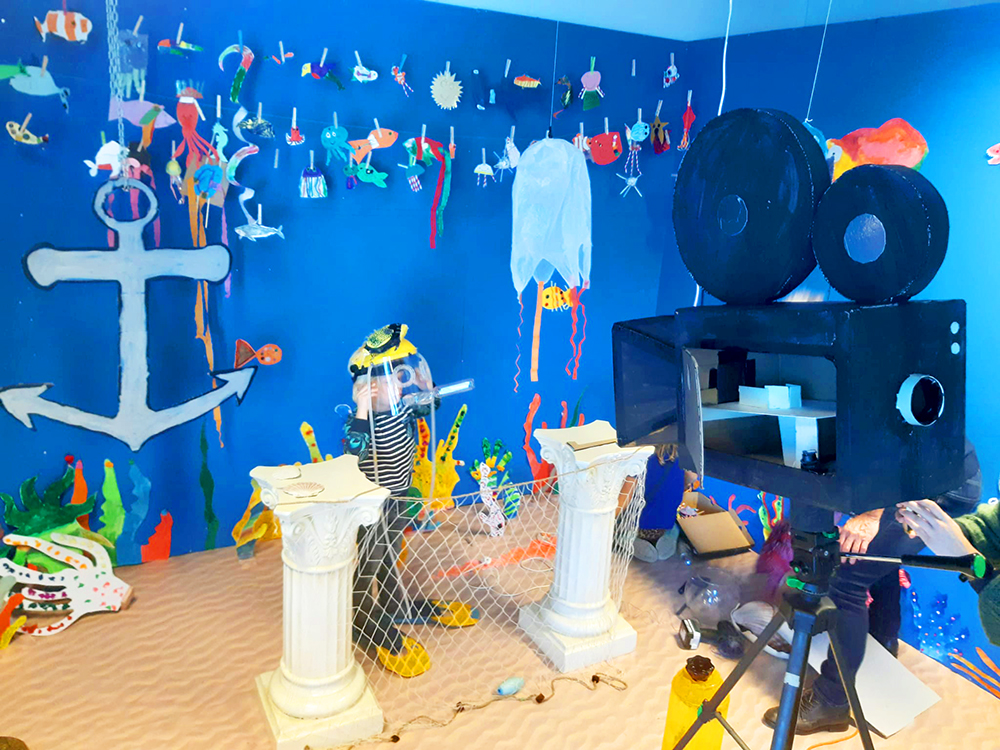 Last summer I inhabited the Vondelpark in Amsterdam as Kabouter Bierblik (Gnome Beercan). Together with passersby, I painted pointed hats and did yoga. I also went swimming a lot, with my hat on. 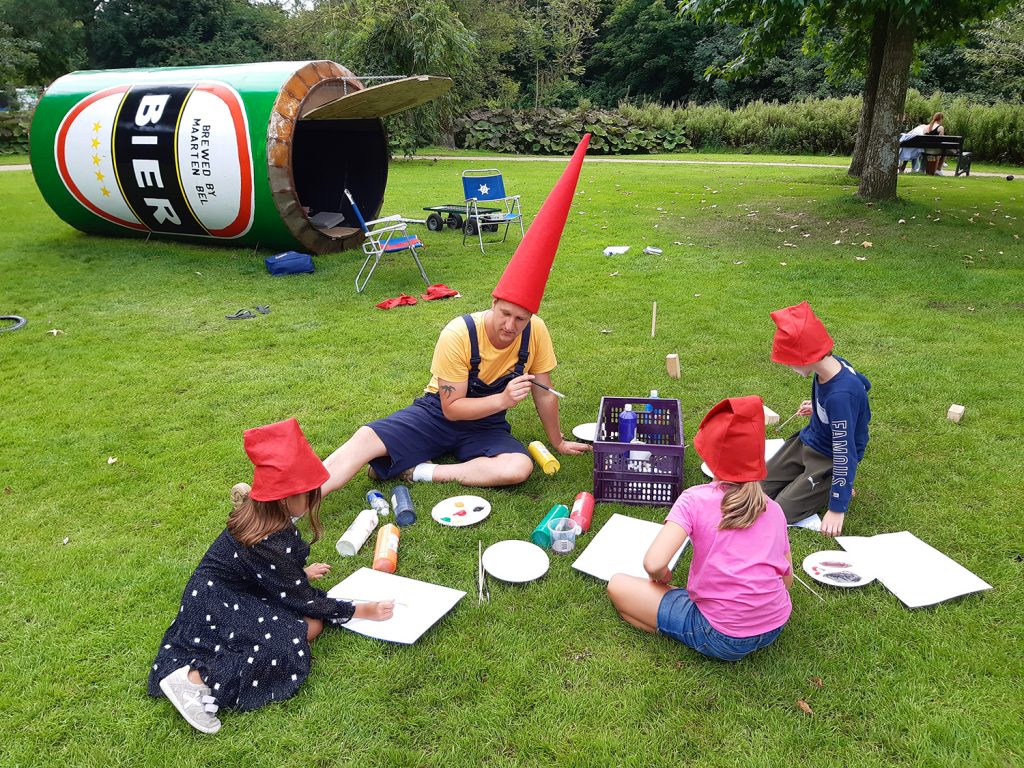 Haughty as a gnome, I had the idea to contact God. I placed a friendly greeting on a billboard in the Bible Belt, but I only got reactions from religious people. A high-quality print of the work is available here in an edition of ten.

The fishes and I wish you a merry Christmas!