2020 was a good year. There was time enough to fret and mope, but also to ask for financial support from the Mondriaan Fund. Getting the support was a Christmas present which made the end of the year enjoyable. Thank you Mondriaan Fund. Most New Year’s resolutions have failed already but there are a few which I intend to keep up: first I plan on contacting God in Heaven above us through an advertisement near the highway. A reliable source told me that God enjoys watching highways. Eagerly I await his reaction. Then, when God and I have become friends at long last, we will be spending our time eating popcorn and selling my artworks to telemarketers. It’s a little like a trade, the difference is I want their money instead of their one-time offer and they can have an artwork instead of money. 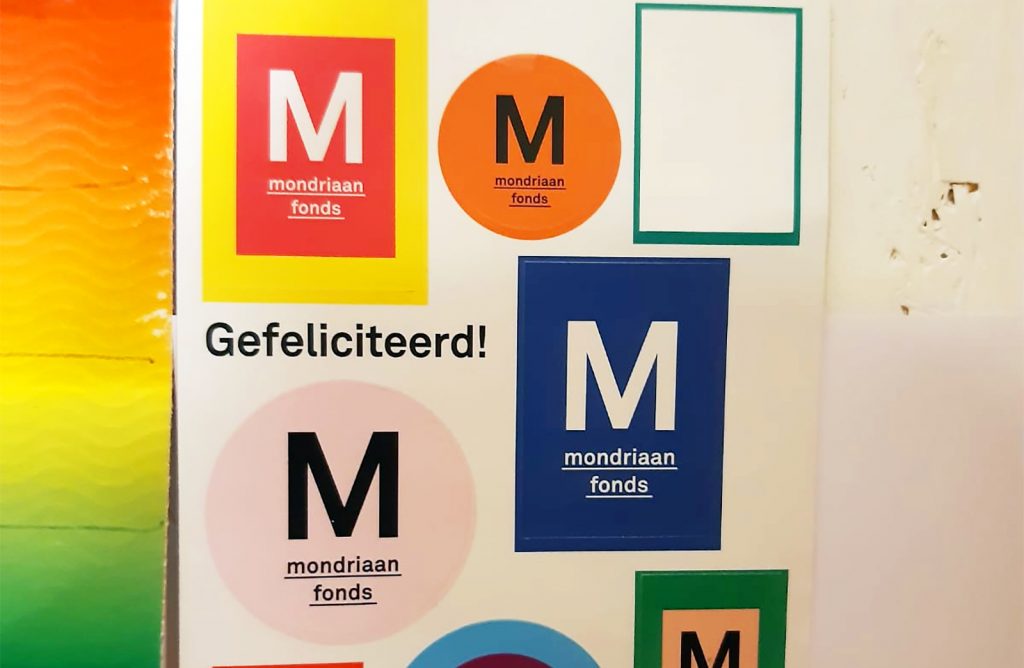 My cat Willie and I will be making a series of artworks together in the near future. If you want you can pay already but the artworks haven’t been made yet so it’s really a question of accepting your fate. There will also be a deathmetal themed embroidery workshop. Please wear spikes. And to top things off we will soon start filming a series of episodes for Dutch television channel Open Rotterdam, about art and activism in the city. As I have yet to find the right title, the person with the best idea can figure in one of the episodes as a passer-by and will be seen on television by at least a trillion people. 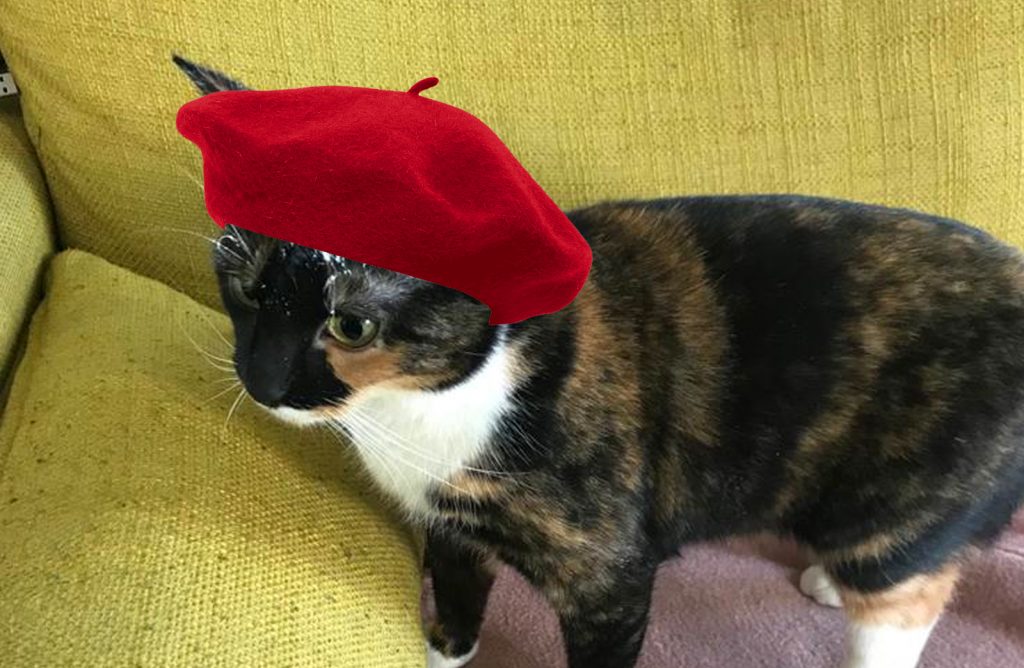 Just before the fuss about a second wave, my works were shown at art institution De Balie as part of an exhibition in light of the #artistsupportpledge. Tinkebell bought an embroidery of mine. Do you know her? I swear it’s worth the look, so get to it. 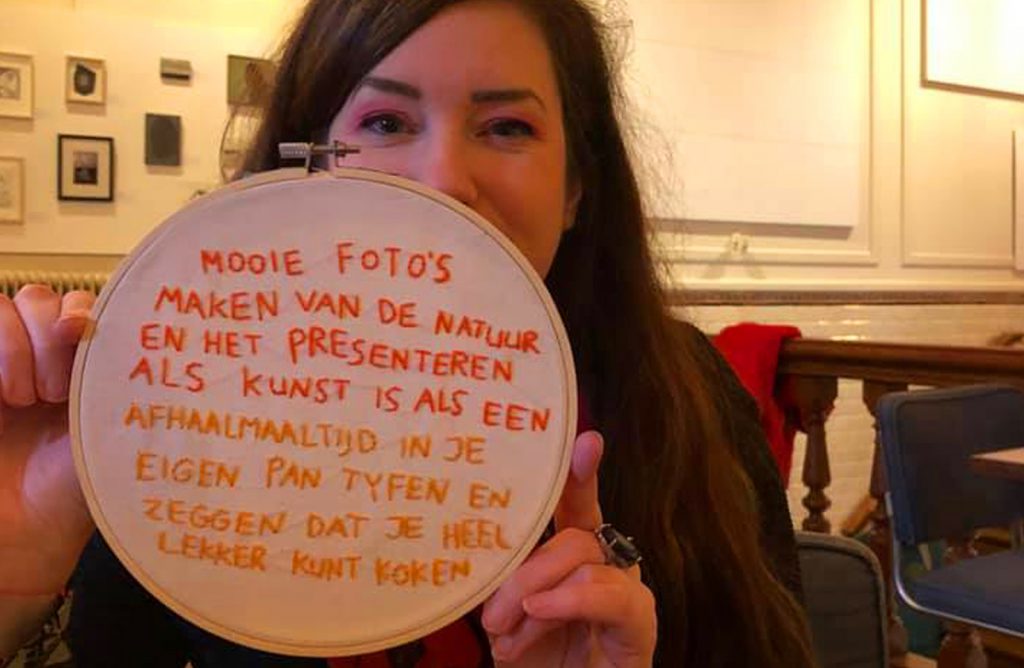 And I participated in an exhibition at art gallery Logman called By Invitation Only, which was unfortunately cut short. You can still stare interestedly at the artworks through this document which helpfully includes pricing. The embroidery calendar is almost out of stock so it might be best not to wait too long. Waiting until February is over will get you a twelve percent discount as two out of twelve months will be useless by then. But chances are the calendar will be out of stock. It was featured on local news website Rijnmond (in Dutch) if you hadn’t made up your mind yet. And down below are some buyers’ reactions to make you come to your senses. 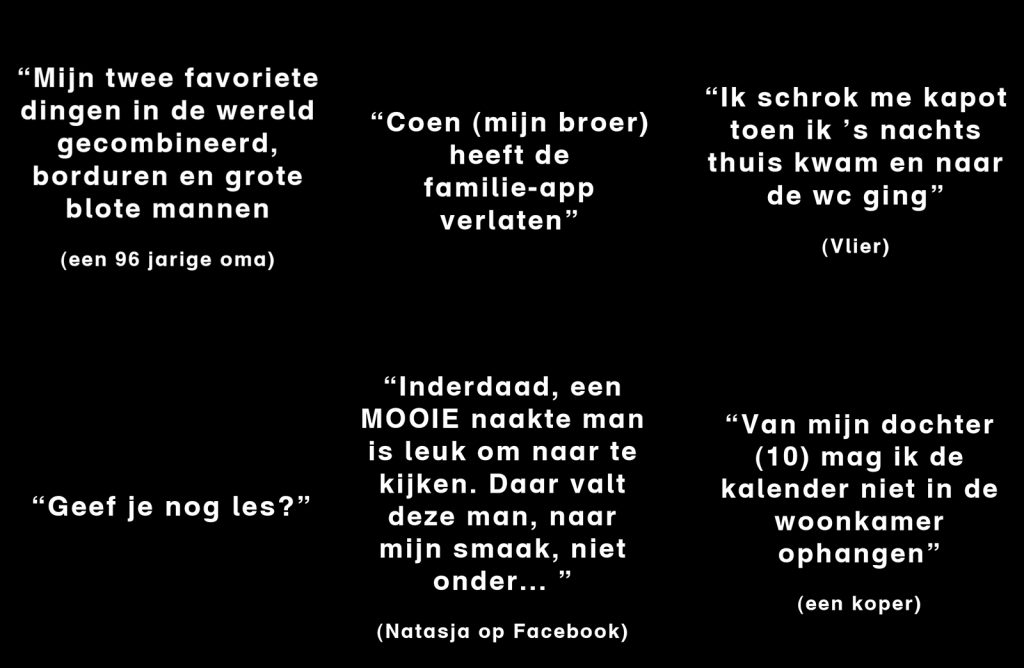 Next month I’ll be working together with the Stedelijk Museum Schiedam on a set of buurtplaatjes, sort of like baseball cards but with regular Schiedam citizens who haven’t yet grown tired of being collected. Mayor Aboutaleb of Rotterdam already expressed his support of the project last year. And it’s of course a perfect solution for the covid-loneliness. You’ll get a set of cards with orders at the night shop, the pet shop, the Polish supermarket that hasn’t exploded yet, and Snackbar de Pinguïn. Maybe you’ll get Rita she’s quite rare but really cool nonetheless. 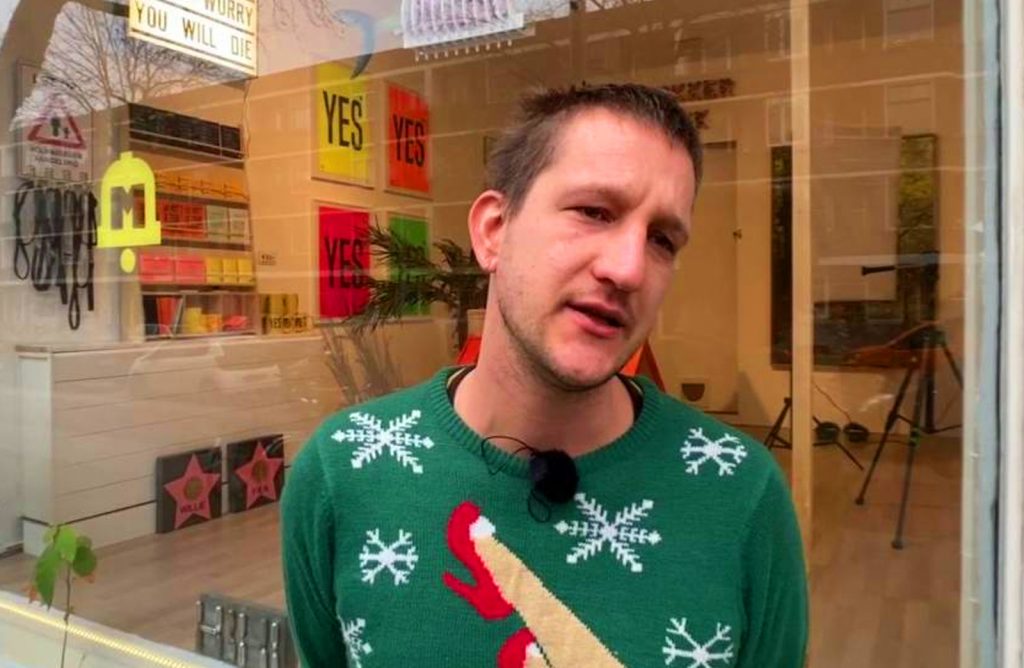 Finally two very interesting interviews you must read if you pride yourself on sometimes reading an interview: this one is an interview by Susanne van Balveren for online art magazine Mister Motley, about art and education. And this one, in the series Six Feet Apart (Anderhalve Meter Met) by Wim Wiegman, is about distance. That’s actually more a video than an interview to read but you get the idea. Both are in Dutch.

Stay safe and don’t forget to call a lot of old people,

Much love from Maarten